These cards can be used  for guided letter-sound inquiries.

Each card has a capital and lower case letter on it and a picture that letter sounds as its initial sound. The picture may act as a prompt for inquiries into the letter-sound relationship. If your child(ren) name the picture differently to what is indicated on the card, use this as an opportunity to see if the sound is still present in the way the child named the image, or if another letter would have a better fit. NOTE The picture cards have been designed to so that initial sounds of the word can be matched with a letter, however if your child(ren) identifies a middle or end sound, they can match it with an alphabet/letter card. (See example below)

Children with more than one language can use the space on the card to explore what sounds, letters, character or symbol related to the language currently being used.

There is a blank card that can be printed out numerous times so that children can create cards that are personalised to their own situation and understandings.

The space on the cards can be filled with other images or words that connect to the letter-sound on that card, or they can be used as a sorting mat for children to place objects or toys with the matching sound on. 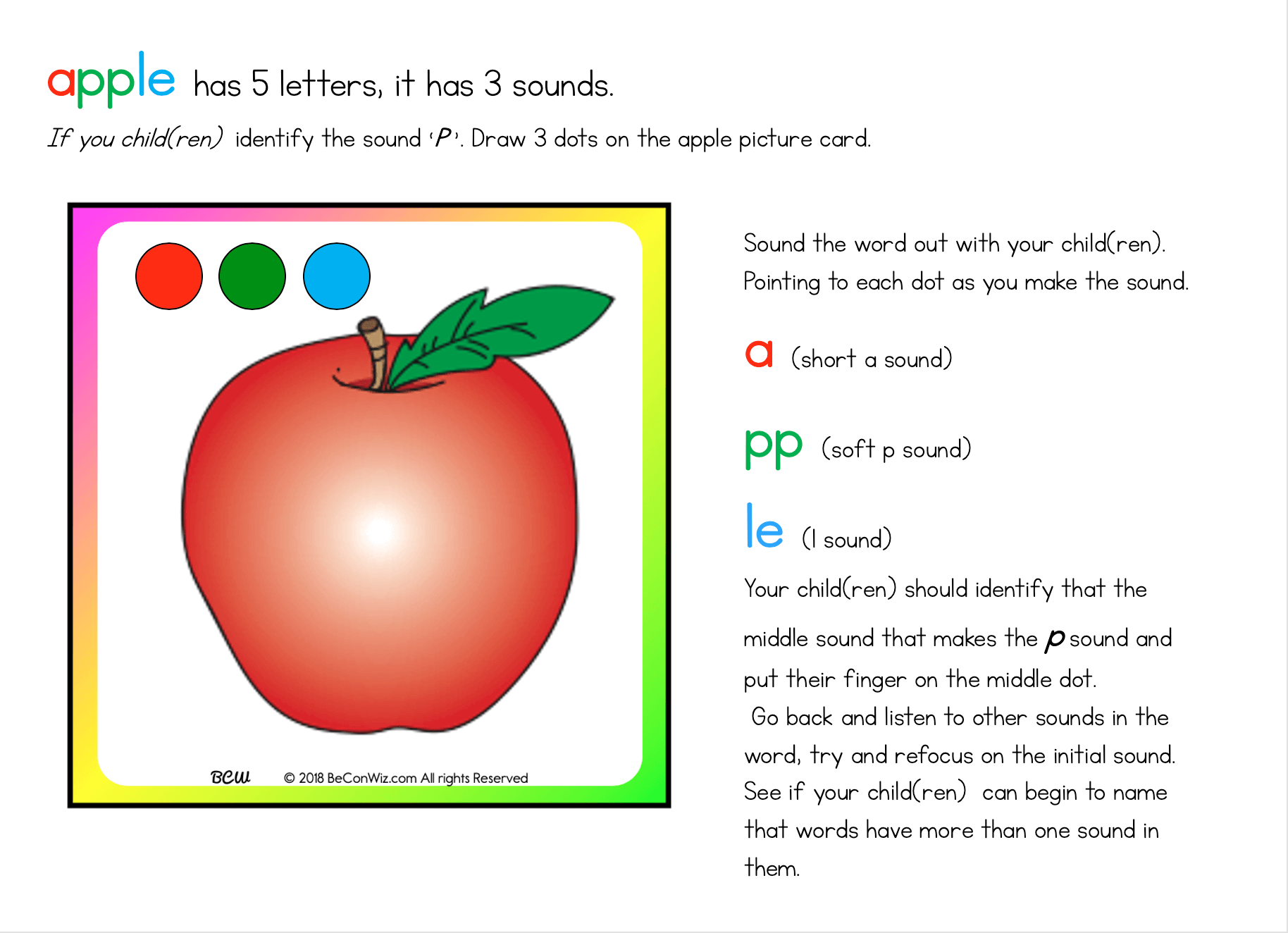 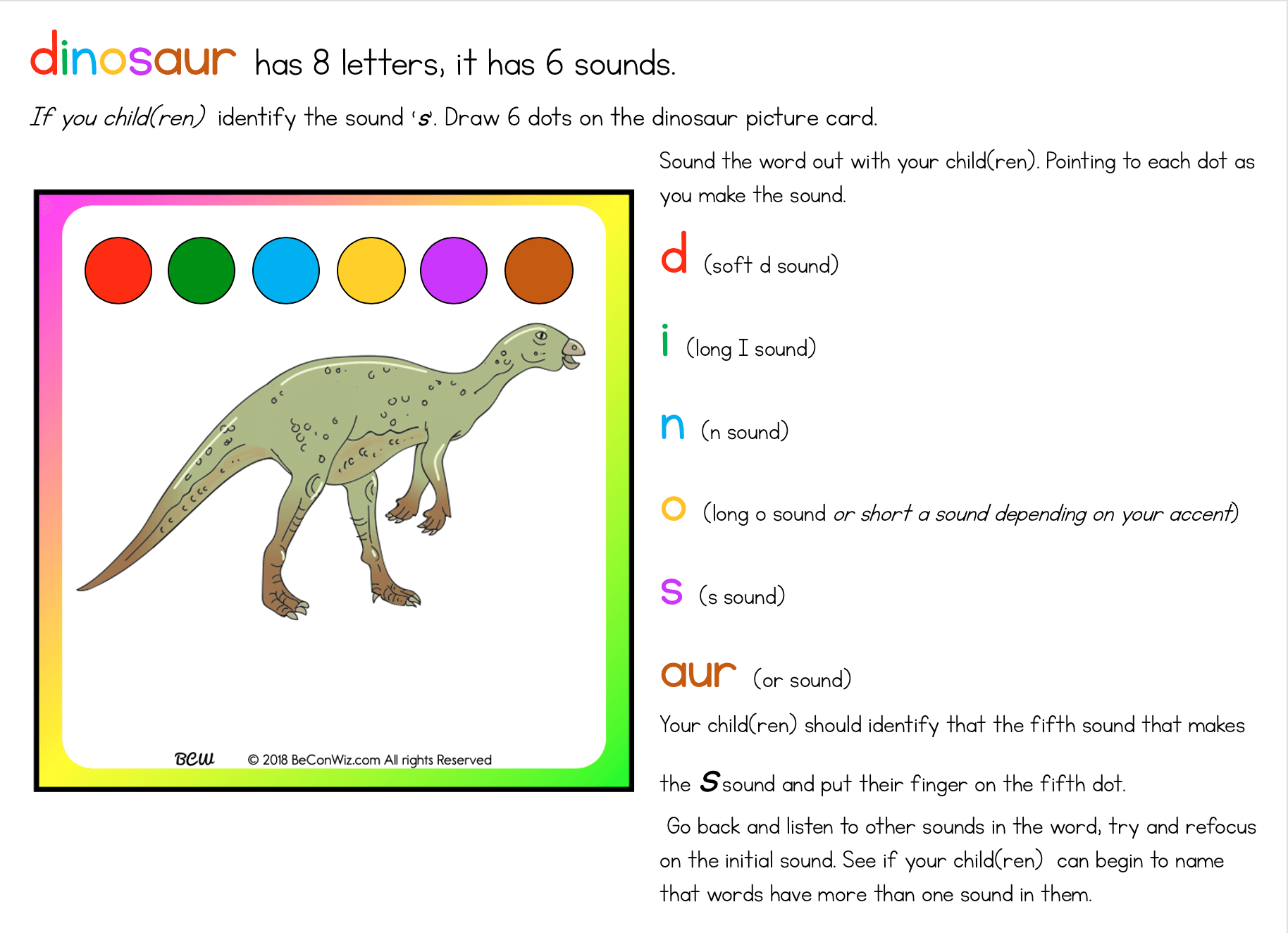 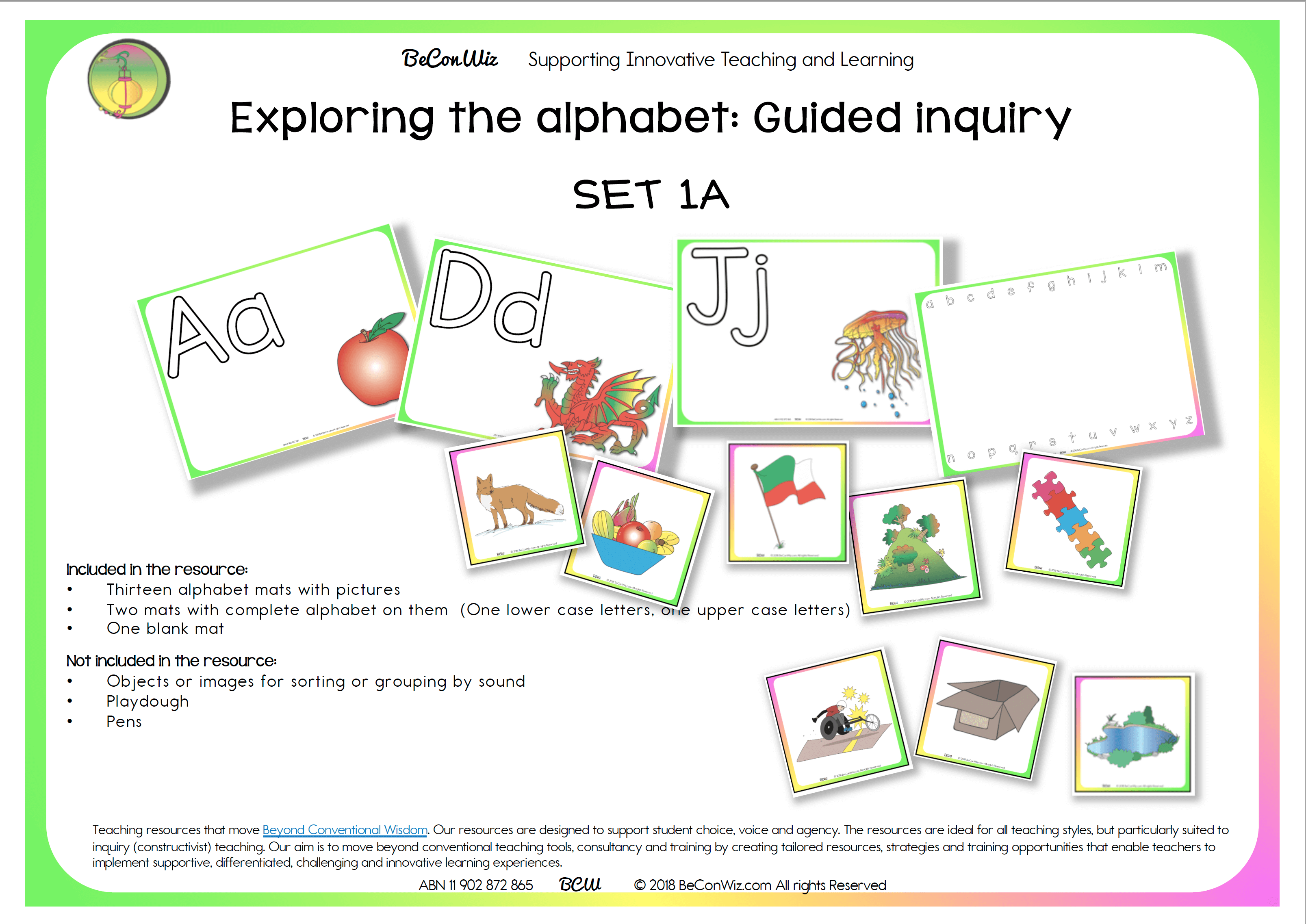 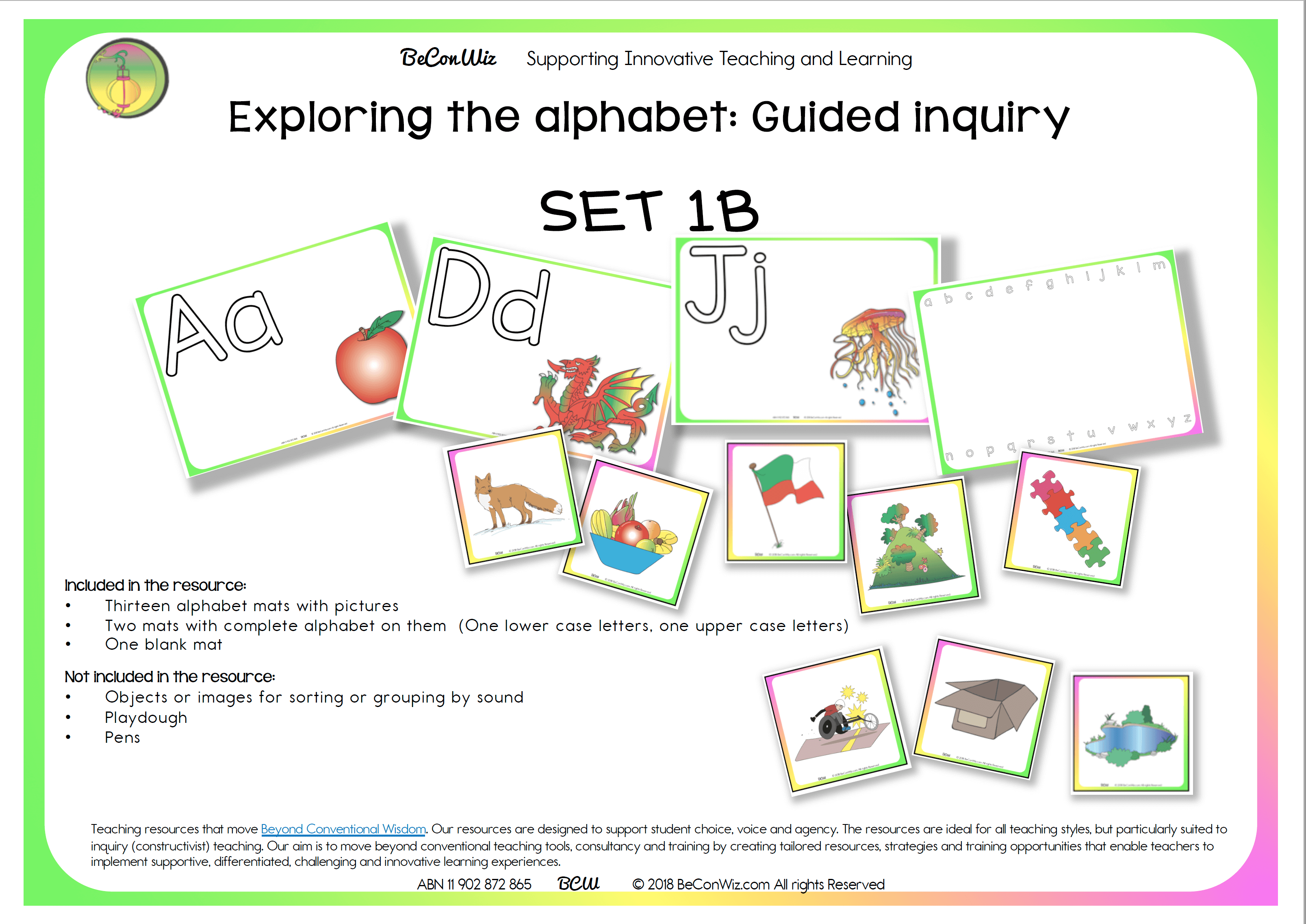 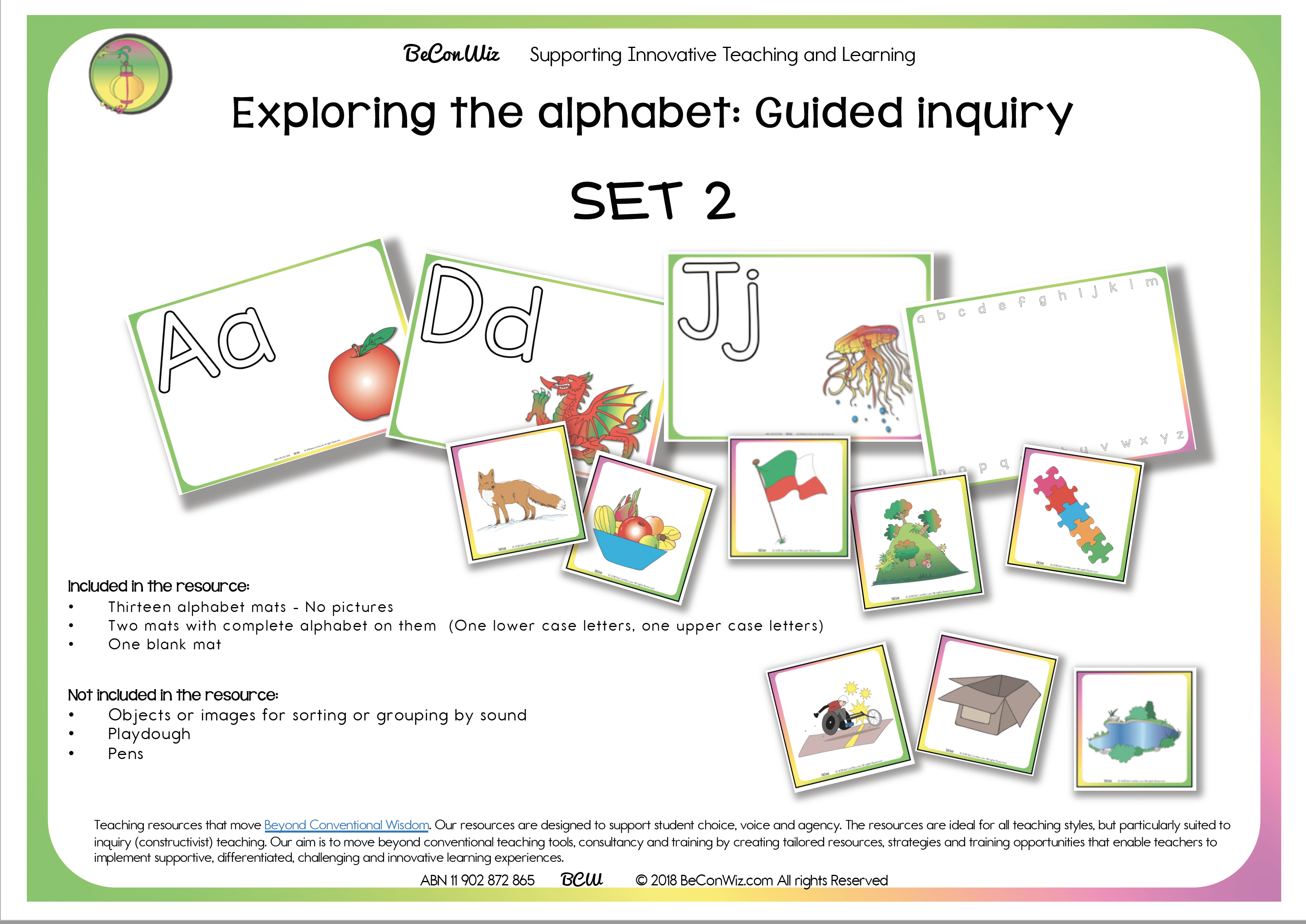 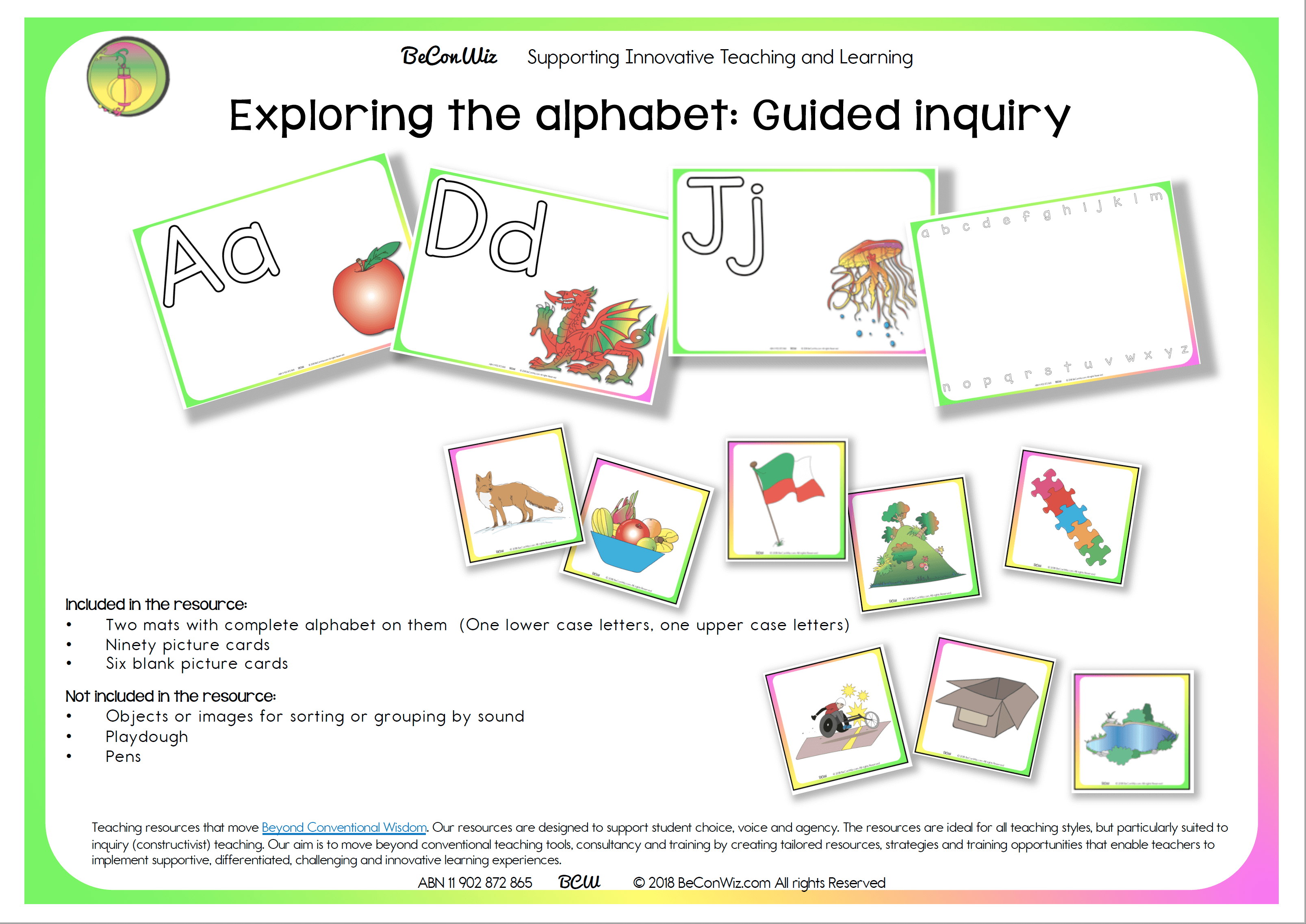